Last 2014, at around the month of April or May, Cebupacific had a seat sale. My friend Nicole and I decided to book a ticket to Phuket because aside from it being very affordable, we heard so many amazing stories about it. I heard many horror stories about the airline therefore I was apprehensive at first. But because PAL does not offer flights to Phuket, I didn’t have a choice. Besides, I just spent 7k pesos for the roundtrip ticket so I really didn’t bother anymore. (9K plus tax) Since we really booked ahead of time we didn’t have to worry about getting a place right away.

I started doing my research towards the end of 2014 and booked a hotel in the first week of January. As I was doing my research, I came across a pinoy’s blog site and he recommended us to stay in Tune Hotel in Patong Beach. It’s an hour away from the airport. Everything is walking distance from the hotel though. We paid a total of 3800 (for two!) baht for 3 nights and 4 days and because the hotel was new, it was definitely worth it! The room isn’t really big but there’s wifi, towels, a safety box, and even toiletries. My friend and I didn’t think it would be really nice because it was cheap but apparently everything is cheap there. We left for Phuket on January 30 (Friday) and our flight was at 7:30 PM. I didn’t check in anything anymore because I only brought beach clothes which are very light. Also, there are a lot of horror stories about lost maletas thus I didn’t want to risk it! (I am a paranoid person) Cebupacific allows you to have one hand carry. You can check their site on the specific measurements but I remember them only allowing 7kg but fortunately they weren’t really strict with us. There is a time difference of one hour (Philippines being advanced) therefore we arrived at midnight. We took a minibus to our hotel (180 baht each). I suggest that you take that instead of a taxi because it’s really expensive. It can cost you 1000 baht. The minibus is simply a van so it’s comfortable. My friend and I wanted to go on the Phi Phi island tour and as soon as we got out of the airport someone went near us and offered a package. In her brochure it said that the tour would be 2,200 baht each so I haggled to make it 2000 baht and she said it was okay and that she will give us our minibus ride for free. We ended up booking our tour with her because we thought it was a good price. After we paid, someone offered us the tour for 1800. Obviously, I could have haggled lower… But my friend and I just brushed it away and accepted that 2000 baht was reasonable. On our first day, we went to Patong beach in the morning and bought a “banig” so that we can just chill and relax. No one really cares about what you wear so it’s okay to be in a bikini all day. We bought our breakfast from 7/11 and it was surprisingly good. We paid 39 baht for our breakfast. Cheap right? By the way, Phuket is full of 7/11 and Family Mart. You won’t see any grocery stores there. It’s actually cheap because a bottle of water costs 7 baht only. Also, you’ll find a lot of rice meals that are different from what we have here in the Philippines.

We just basically walked around the whole day and looked at the different stores and restaurants. I never rode an elephant so I suggested that we do the “Elephant Trekking” activity. We paid 500 baht instead of 1000 baht for 45 minutes and a service picked us up from our hotel. I really enjoyed because it was my first time. Thailand is known for their elephants so it was worth it for me to do that. I also wanted to go to the tiger kingdom but it was really expensive so we didn’t bother. 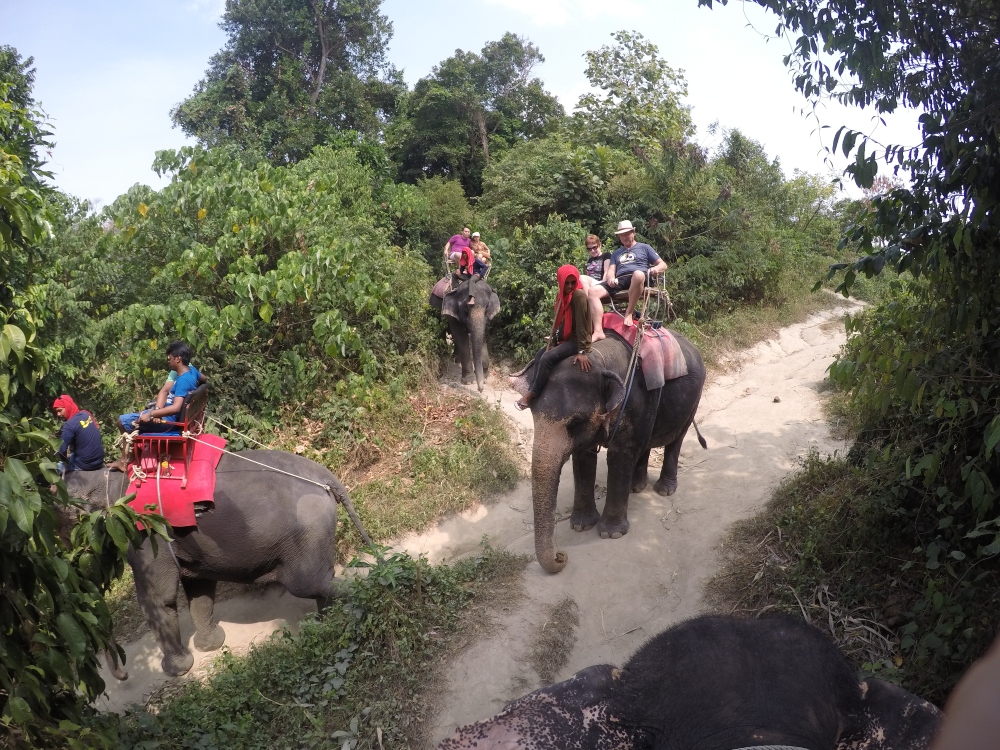 Phuket is known for their red light district, Bangla Road so we ended our night there. It was really funny because we were trying to look for it and then for some weird reason, we ended up there. We only found out when we used our wifi and posted a photo on our instagram. We drank what they call their “bucket”. My friend and I thought it was like the buckets here full of bottles of beer but apparently they serve drinks in a bucket. It was 150 baht and it was enough for us to be tipsy. The bartenders are really nice so you can tell them if you want more soda or alcohol in your bucket. Also, their bars have games! The bartender took out Jenga and she said that whoever loses will have to pole dance. It was really fun actually because she was also playing with us. We saw a bit of man ladies but they weren’t really attractive. Surprisingly Bangla Road is really safe! 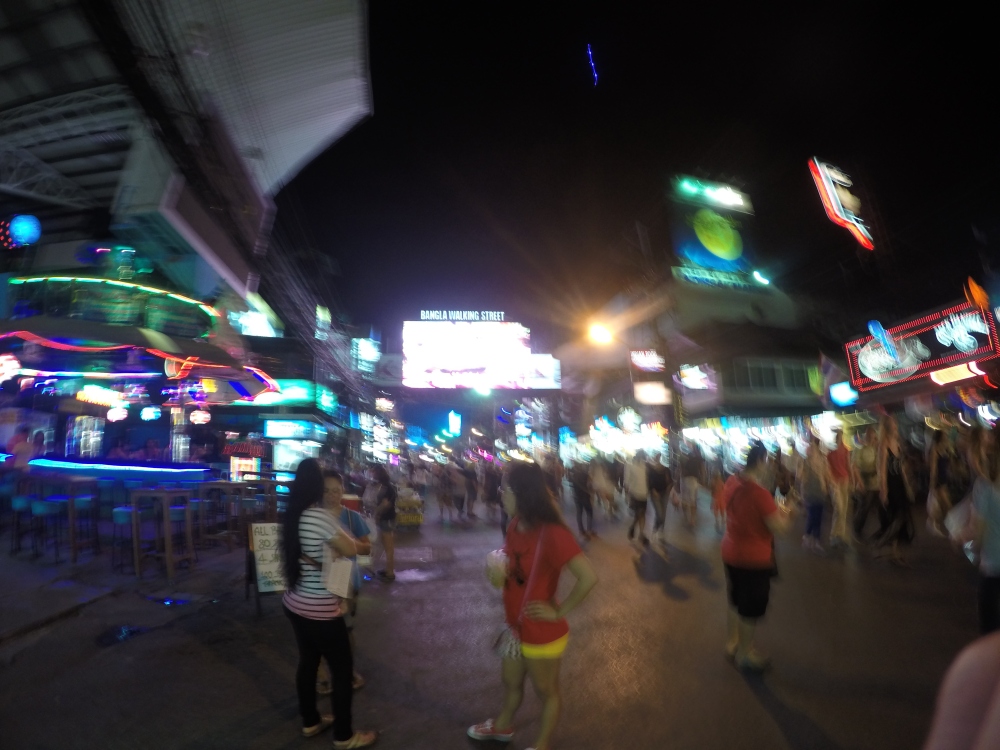 On our second day, we did the Phi Phi Islands speedboat tour. A service picked us up from the hotel and brought us to the pier. They served coffee and crackers while waiting. They also served us free lunch and drinks. This was the highlight of our trip because we were able to see a lot of cute fishes up close and dive in open sea. We were also able to see where Leo Dicaprio filmed his movie, The Beach. It was a very memorable experience although my friend felt sick because the speedboat was so bumpy! It seemed like a rollercoaster/anchors away ride. Some foreigners even puked on board. So we thought 2000 baht was cheap right? We met someone from Texas who paid only 250 baht! We were robbed but on the brighter side IT WAS REALLY BEAUTIFUL. (See the itinerary below) We were really lucky that our tour guide was also nice.

Arrive to port-Welcome by your local guide. Group color, Information of tour program and weather

Departure from marina to Phi Phi Island by speed boat

Sightseeing at the Camel Rock and sea parking at Big “Monkey Beach” enjoy a take a photos.

Enjoy a great lunch at restaurant on Phi Phi Island and free time for leisure on the Island.

Explore to “Khai Island” is a beautiful island with white sand beach and clear water. Relax on the Beach or swimming and snorkeling.

Departure from “Khai Island” return to the pier. And transfer back to your hotel. 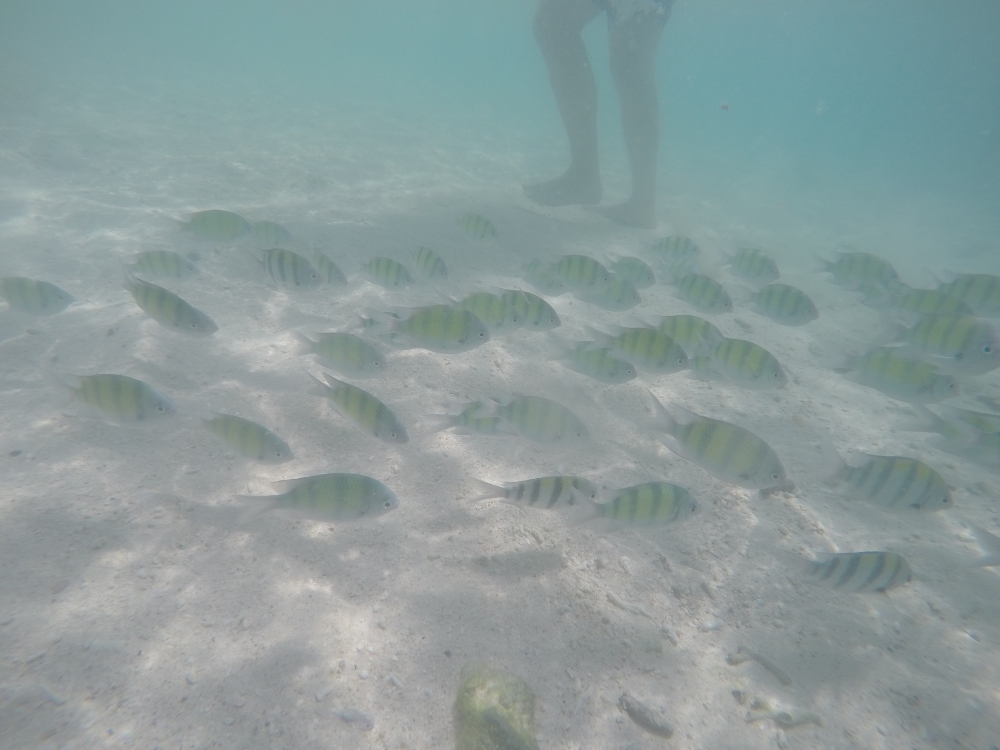 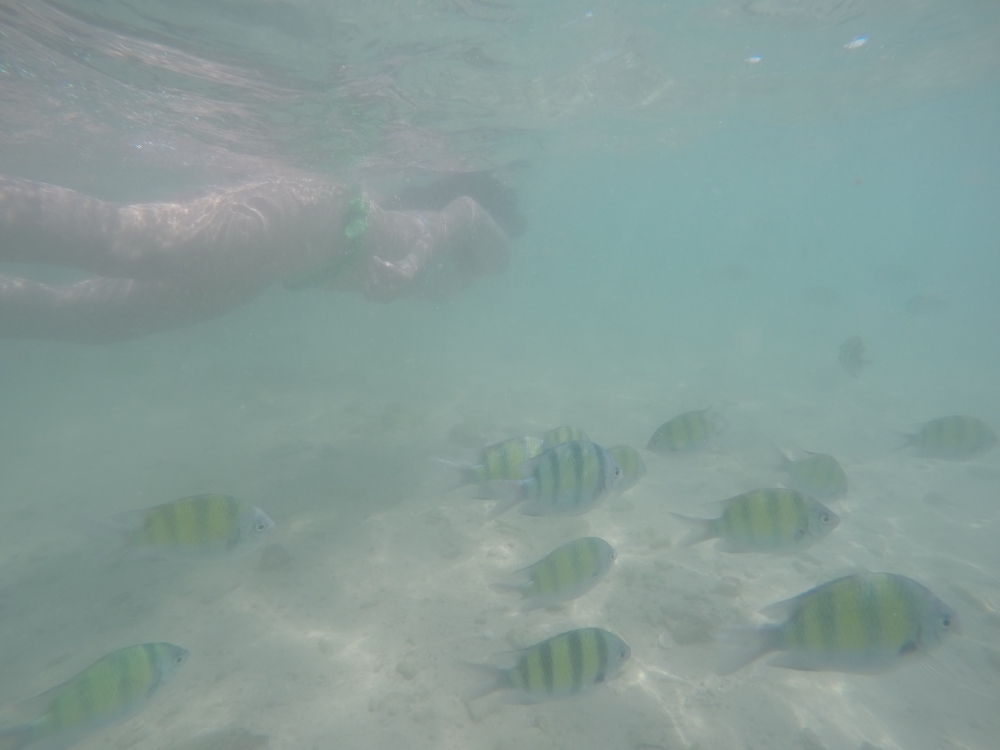 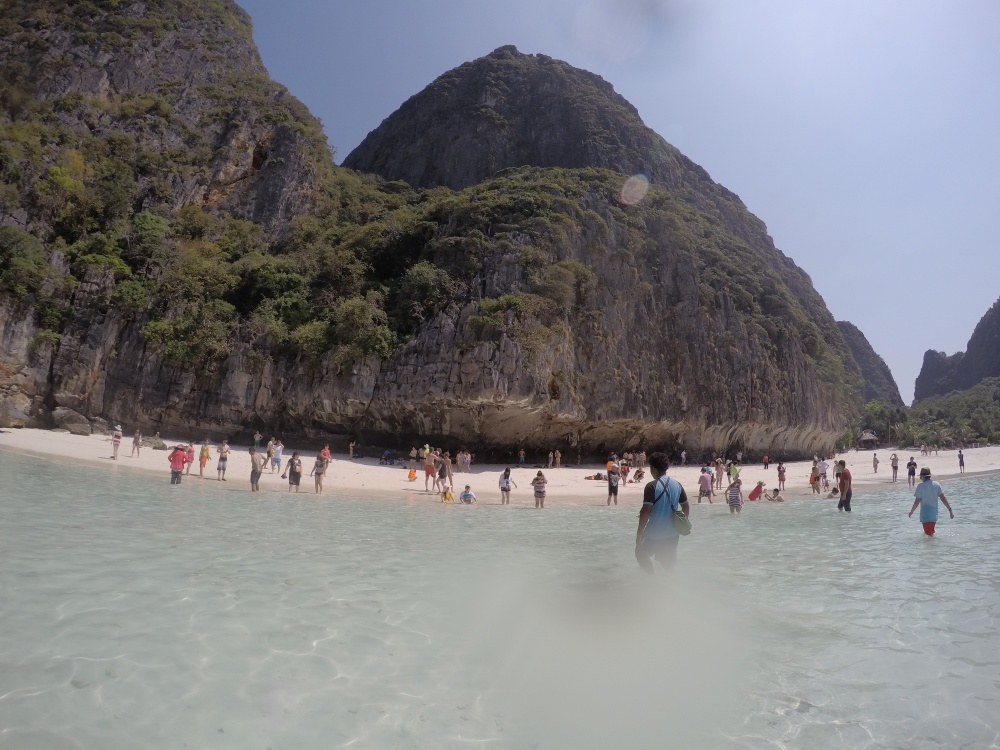 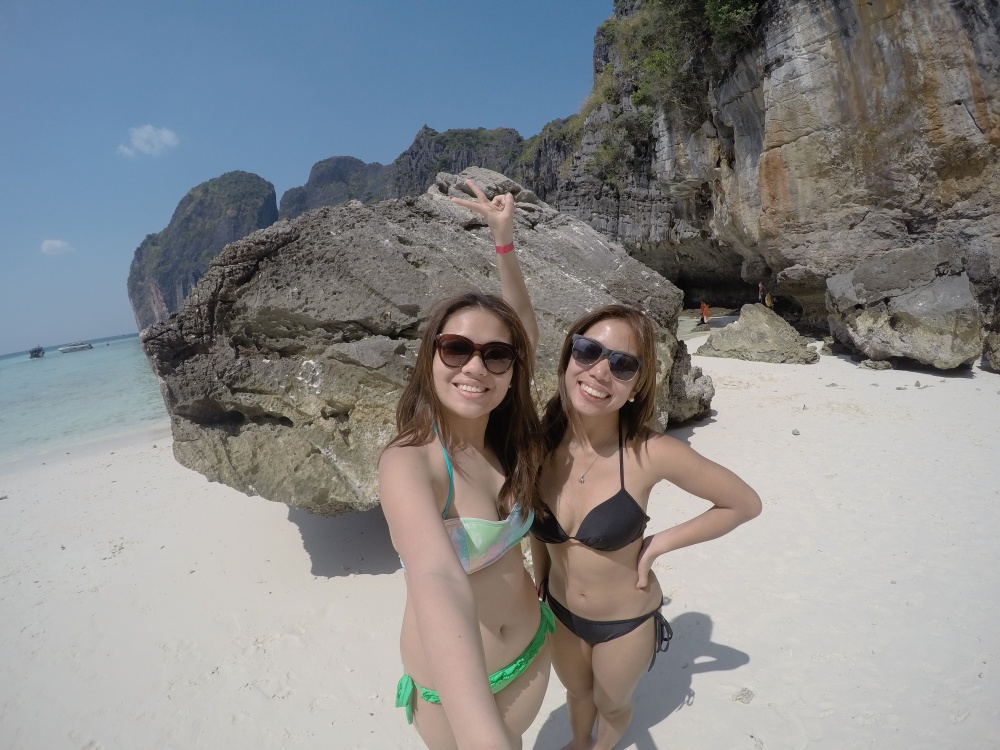 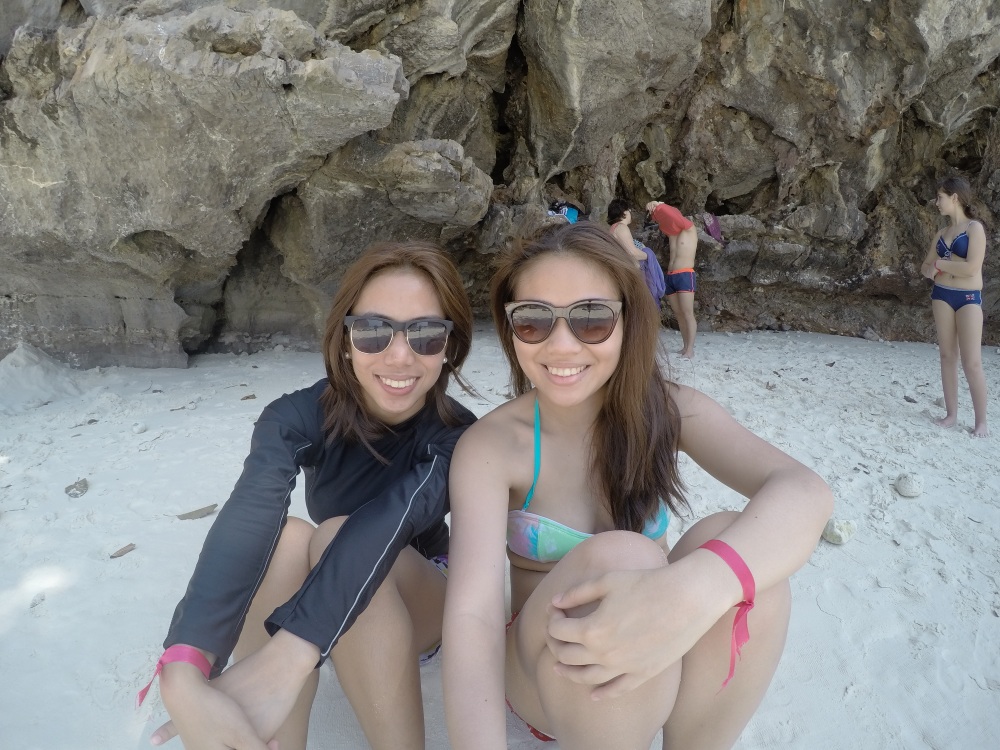 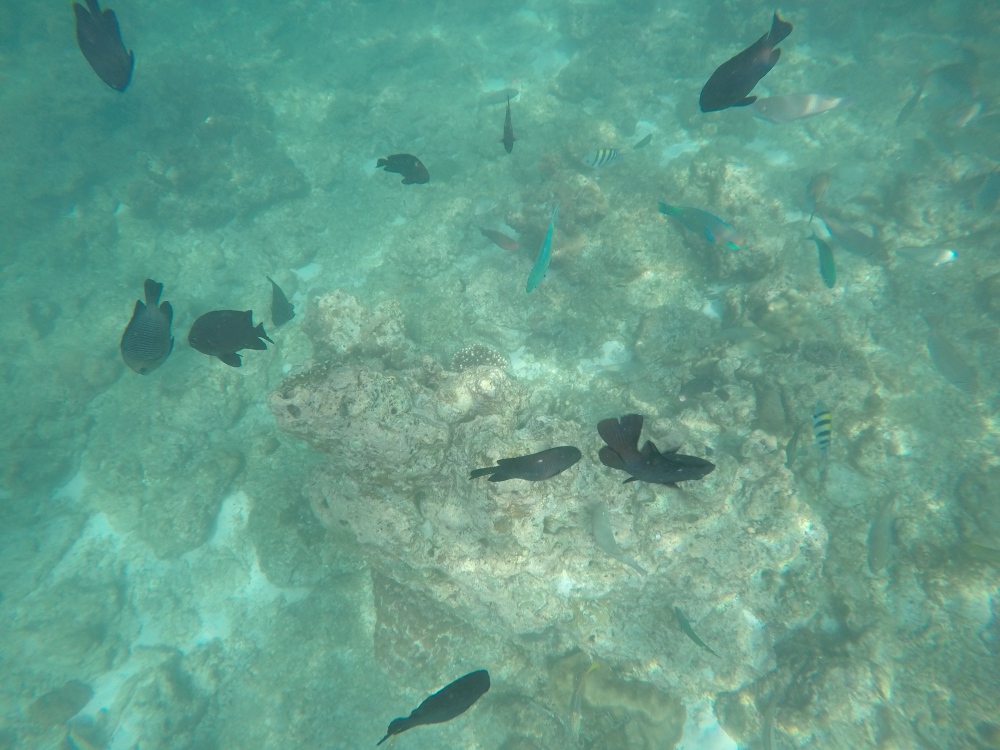 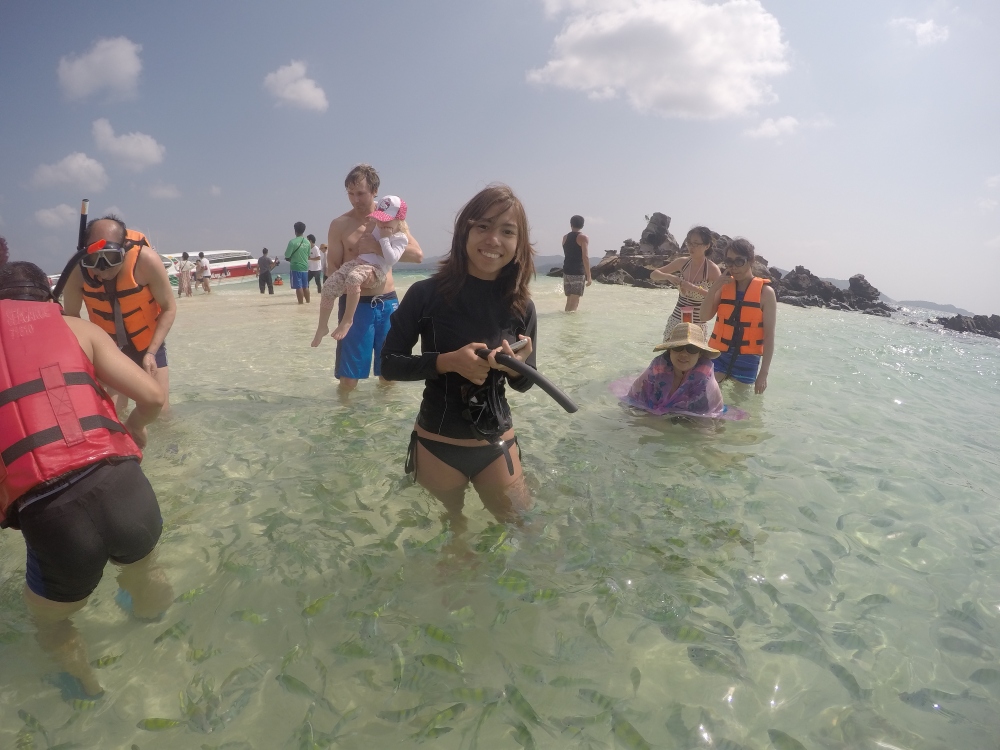 On our last day, we went around one last time and bought “pasalubong” for our families. Phuket does not have a mall. They have outlet stores but I didn’t see anything unique thus I didn’t buy anything. Also, it reminded me of one big “tiangge” because there are stalls everywhere! They sell mostly sandos, swimsuits, board shorts, and replicas of LV bags, Beat headphones, Rayban shades. Everything you’ll see in Manila they have there but what’s nice is that you can really haggle. I only bought Phuket made items and those are magnets, tissue boxes, pouches, soap shaped like a penis, and jewelry boxes. They have really cute elephant designs. With 500 baht you can buy “pasalubong” for more than 10 people! 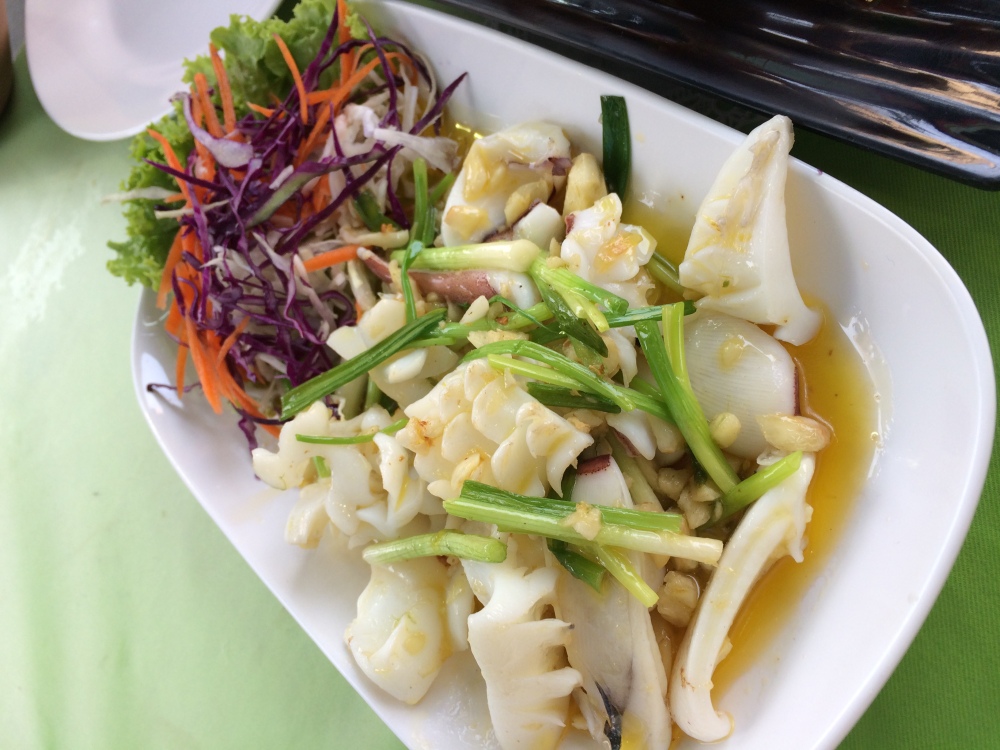 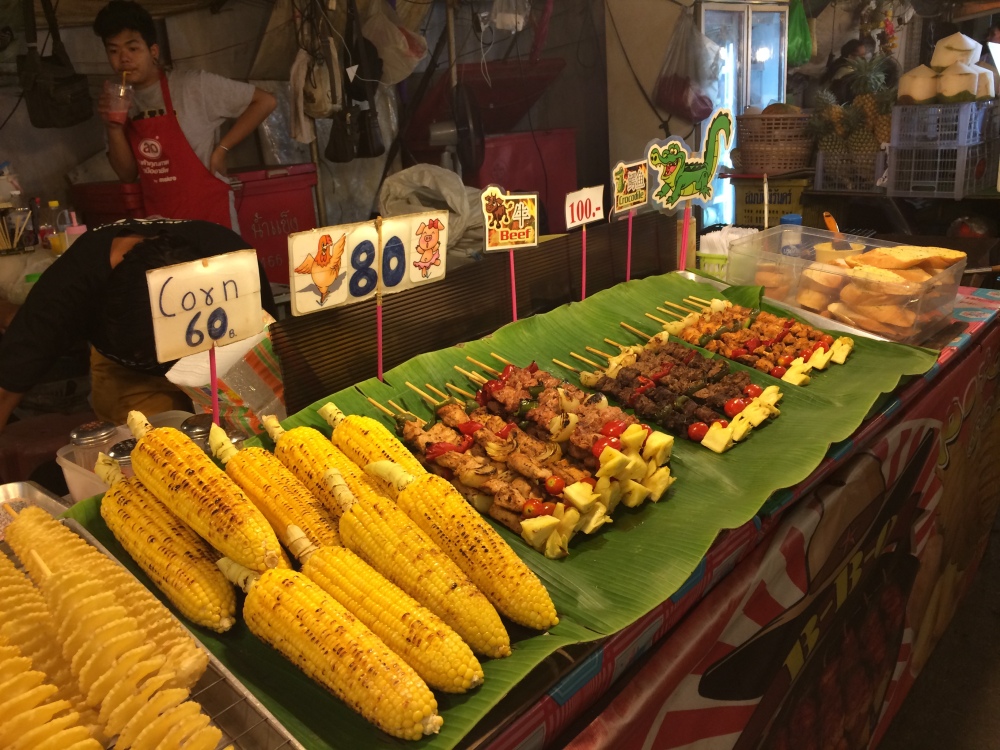 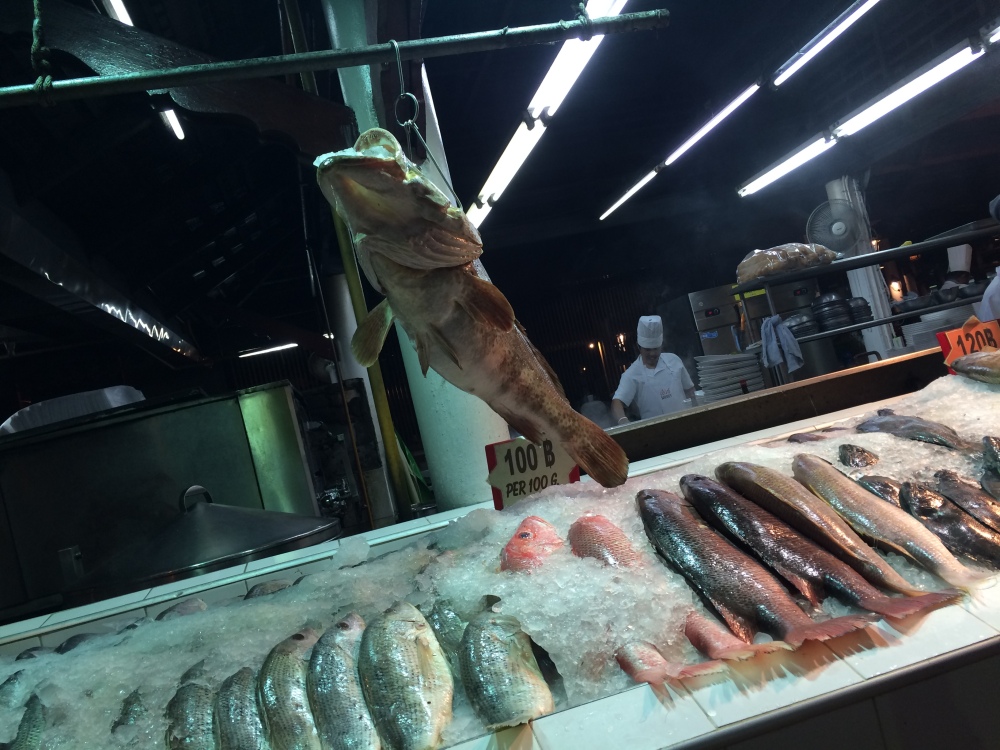 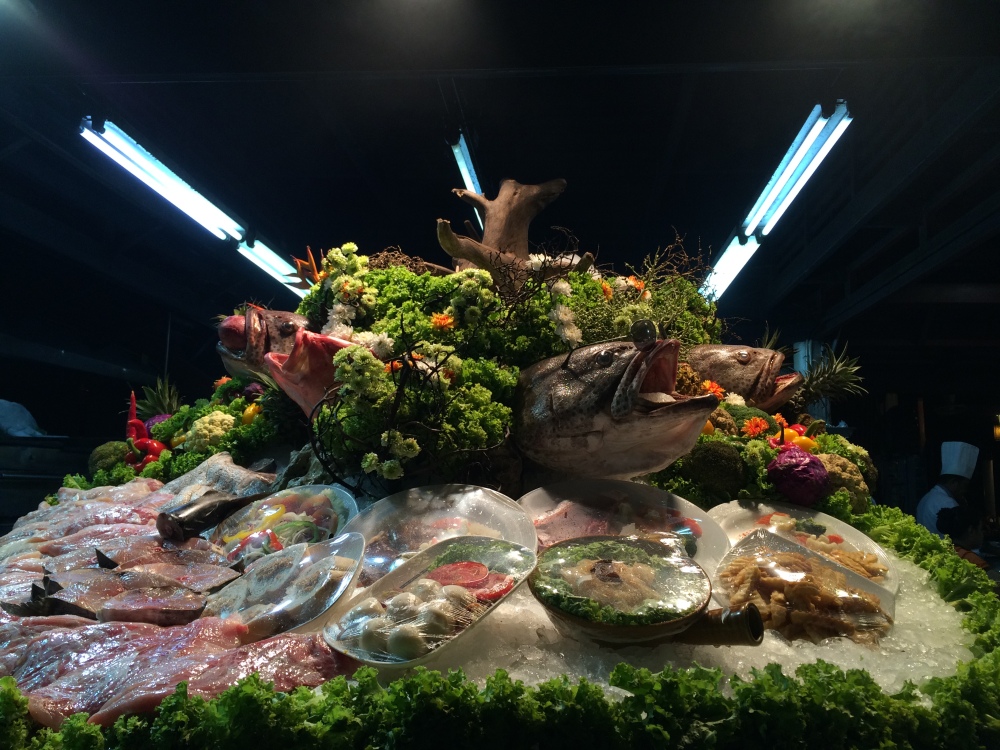 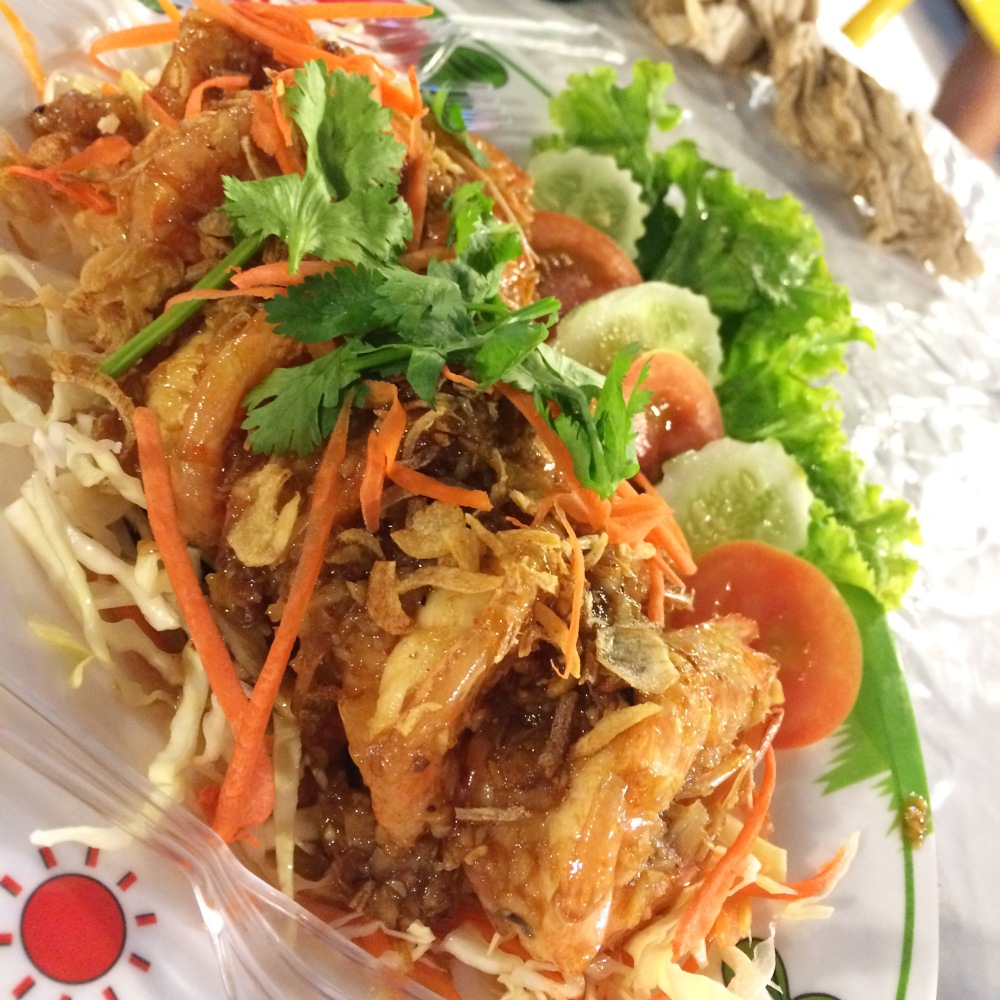 Our flight was at 11 PM but we had to leave at 6pm because that is the last schedule of the minibus (180 baht). We didn’t want to take a cab because it can cost 1000 baht. We arrived Manila earlier than expected! I was actually very satisfied with my Cebupac experience. Here are my tips for Phuket:

Always remember to HAGGLE for everything because if not, you will be spending A LOT OF MONEY. You can survive with 500 baht a day for food or less. I had a budget of 8,000 PHP for my trip and it was more than enough. That included the hotel, food, tours, shopping, and transportation. I really want to go back because I wasn’t able to go to the Tiger Kingdom and other beaches. What’s nice about it is that it’s really affordable and safe. 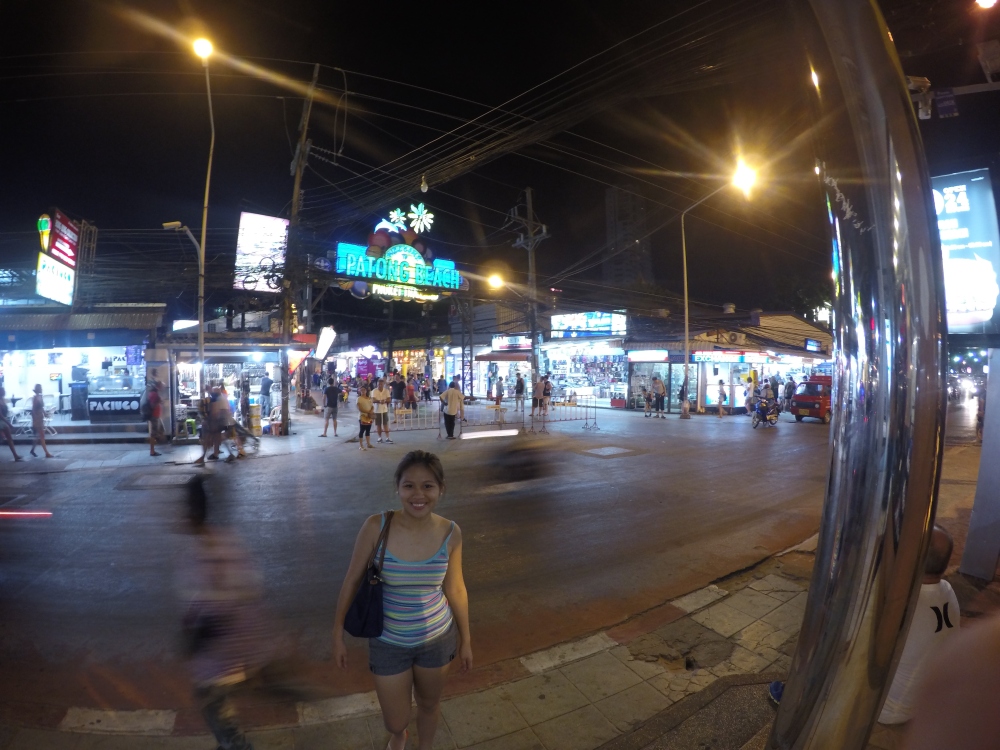