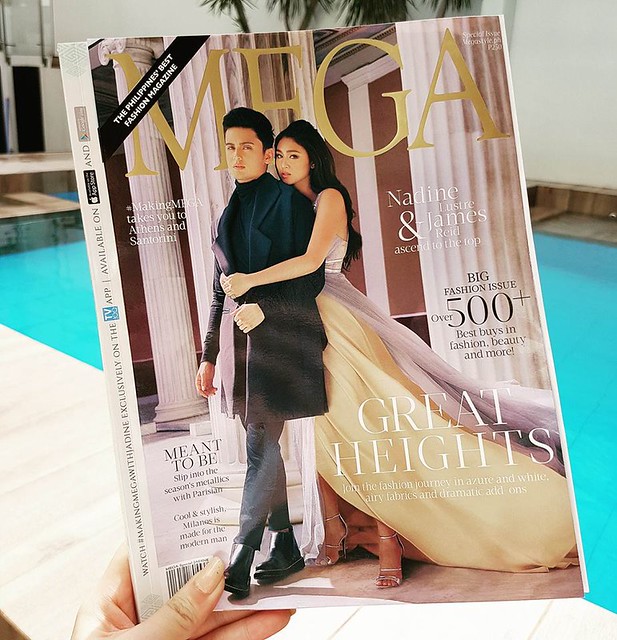 Many of you know that I have a regular job thus I don’t really get to go to events because it happens during office hours. When there are events after work, I really think hard if I should still go because of Manila traffic. Most of the time I don’t because I hate traffic and I really get lazy.

The question is who will make me go? I am not ashamed to admit that I can be a Jologuette. Yes. Mernie Marga is my alter ego. My siblings call me that at home inspired by the singer Vernie Varga. Anyway last September 27, my friend sent me an invitation to the Making Mega in Greece event. I actually had plans that night but because I am such an avid fan of Jadine I cancelled them. I was supposed to play football and meet up with a friend but I ditched her for the event because I LOVE JADINE (Mon, if you’re reading this SORRY! Haha).

How did my love for them start anyway?

I don’t really have time to watch teleseryes anymore but for some weird reason I watched the pilot episode of OTWOL on youtube and I was hooked. Before OTWOL I had a picture with James in Valkyrie because apparently he was a friend of a friend but he wasn’t that popular yet. I found him cute though but I didn’t know that he could act and all. The reason why I am a fan of their love team is because they are so talented. They are a triple threat and can do anything.

Fast forward to the day of the Making Mega Event

My friends and I eventually decided to go to the VIP screening but before that I was in my office working. I saw some posts on IG that Jadine was present in the afternoon screening which made me really excited and happy. In fact I even invited my boyfriend’s siblings who live all the way in Sta. Rosa Laguna. Due to the bad weather that night, the traffic was so horrible. It took me an hour to get to SM Aura. I was really impatient and I was telling the driver to hurry because I might miss the show. When I got there, the foyer was decorated with pictures of Jadine taken with a Fuji Instax Camera. The decorations were so pretty. It made me feel like I was in Greece with them. I’ve always been a Fujifilm fan so I loved how they designed the foyer.

Thank God that the screening started late. I was really disappointed though that I wasn’t able to see Jadine in person. I thought that they would be in the VIP screening too. The reason why I went there was because I wanted to see them. I was really sad. (LOL) However, the documentary made up for their absence because it was beautifully shot. I was really “kilig” with all the scenes especially when the photographer told them to kiss. So anyway, I hope I get to see and meet them soon.

Here are some pictures from the event: